Why Andhra Pradesh and Telangana states are able to produce the highest Chili in India?
0
Home
0 View Cart
0 Wishlist
Account

Why Andhra Pradesh and Telangana states are able to produce the highest Chili in India?

One of India’s most important commercial crops is chili. It is grown almost throughout the country. Chilies are cultivated worldwide for varieties of purposes, such as vegetables, pickles, spices, condiments, and pickles. Over 400 different types of chilies are documented in the world. The botanical name of the chilies is “Capsicum annuum”. It is also known as cayenne pepper, sweet pepper, hot pepper, bell pepper, etc. 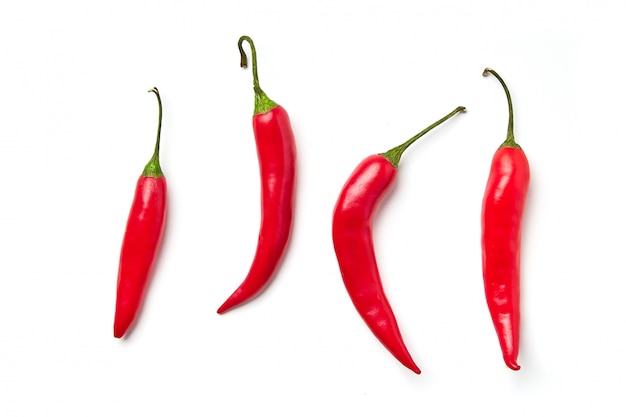 India is the world’s largest producer and exporter of chilies and has the largest area of approx. 7.33 lakh ha (18.11 lakh acres) and have accounted for approx.—42.81% of the world’s area. Chilies are produced throughout the year on the Indian subcontinent. It is not only known for the highest chili production but also is the largest consumer of chili in the world.

India contributes about 36% to the total world chili production. Among all the spices that are cultivated in India, chilies are the most common and popular spice. It can be found in all the States and Union Territories of the country.

Like some of the states are Andhra Pradesh, Maharashtra, Karnataka, Orissa, Telangana, West Bengal, and Madhya Pradesh. But Andhra Pradesh and Telangana are the major chili-producing states in India. There is a total of over 67% production of chilies in the country that comes from the two states of Andhra Pradesh (43.5%) and Telangana (23.5%).

In Andhra Pradesh, chilies are grown in virtually all the districts. Among the 23 districts of Andhra Pradesh, Guntur and Khammam are the two districts that produce the most chili crops. And in India, the major chili-growing districts are Gadwal, Guntur, Suryapet, Khammam, Mahabubabad, and (Rural) Warangal.

Further, we will discuss the reasons that Andhra Pradesh and Telangana states are able to produce the highest Chili in India are?

The best growing climatic conditions for chilies are in a wet, humid climate, and as for the maturation of the fruits, it needs dry weather.

The chili crop grows well in tropical and subtropical zones, but it is a very adaptable crop and can handle the heat and moderate cold to some extent. Chili Crops can be grown at a wide range of altitudes, from sea level to nearly 2100 meters. Generally, it is a cold-weather crop but can be grown under irrigation throughout the year.

The climate of Andhra Pradesh state is normally humid and hot. Whereas, the climate in Telangana is predominantly hot and dry since it is a semi-arid region. Therefore, the suitable climatic condition for chili production makes them the major producer of chilies in India.

Chilis can be grown in any kind of soil as long as there is good drainage. Because they are plants native to tropical and subtropical climates, they can be cultivated either rainfed or irrigated.

Choosing black soil when growing it as rainfed plants is better since it retains moisture for longer fruit production times. And also, Light soil can be used when growing chilies under irrigation. But a well-drained fertile sandy loam soil is best suited/ most preferable for chili farming.

However, chili farming requires soil with pH values between 6 and 6.5. This is referred to as slightly acidic conditions.

Different types of soil in Telangana

The highest availability of suitable soil [Black and sandy loam soil] present in Andhra Pradesh and Telangana for its production makes them the major producer of chilies in India.

Due to proper Care and Management

Weed management is a major task in this farming. Weeds should be removed after irrigation, and soil should be deposited in the plant’s root zone. This increases root aeration, and the plant will grow well. Weedicides can also be used to eliminate weeds.

It is best to choose varieties that are good in quality, free from abnormalities or diseases, and certified by the government. Also, purchase seeds from a trusted nursery.

Different variety of chilies are:

The Number of farmers engaged in Chili Farming

In Andhra Pradesh: Andhra Pradesh has almost all districts where chilies are grown. Among all the spice crops grown in this state, chilies occupy a major area in comparison to any other spice crop.

The farming of chilies in Andhra Pradesh occupied an average of 30.87 percent of the land under spices.

In Telangana: Several Telangana farmers switched to chilies due to the favorable weather in the Kharif and the government’s recommendation to shun cotton and instead plant alternative crops.

Due to poor international demand for cotton, farmers were asked to grow alternative crops such as maize, soya, and chilies instead.

An increase in the number of farmers engaging in chili farming increases the production in both states and makes them the major producer of chilies in India.

Whether you are looking for guidance, advice, or assistance in setting up a plantation. Do visit Utkarsh Agro, your one-stop destination for all your farming-related needs. At Utkarsh Agro, we aim to assist you with all your farming needs and requirements, whether they’re related to cultivation or general farming.

You can also Shop from: https://www.badikheti.com/utkarsh

If you have any further queries, feel free to reach out to us on

admin Posted on September 20, 2022
Reading Time: 14 minutes Share :Since quite some time ago, there has been a rise in the popularity [...]